Swedish blues writer Tommy Lofgren and photographer Erik Lindahl collected some priceless history on their 1980 tour across America, just released in a book 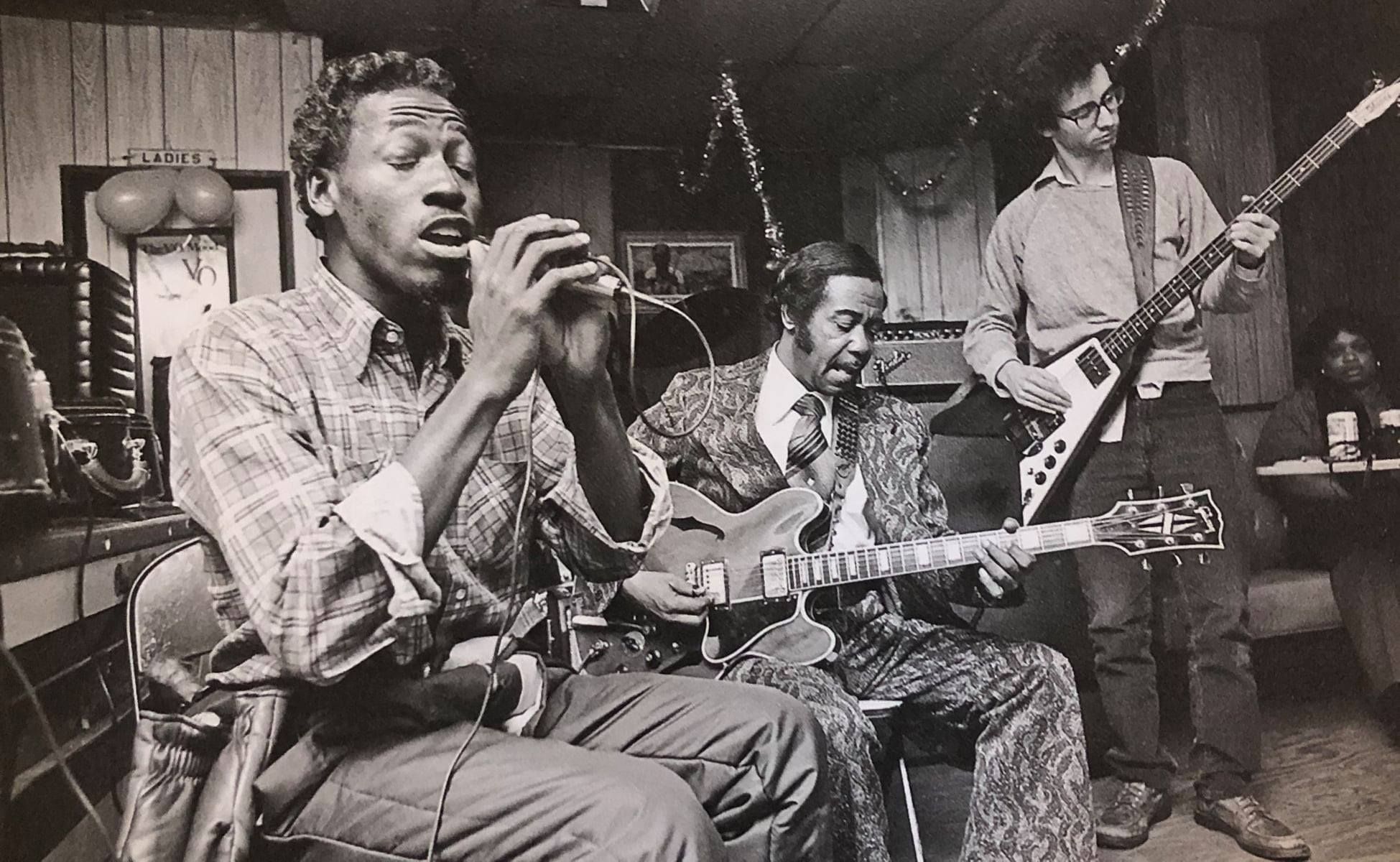 "44 Days on the Blues Freeway."  They captured photos and notes about blues people -from Charles Brown and Peewee Crayton on the West Coast, Buckwheat Zydeco in Louisiana, stops in Mississippi for Jessie Mae Hemphill winding up on the South Side of Chicago with Buddy Guy at the Checkerboard plus Magic Slim, Nick Holt, Killer Ray Allison. The final stop was Mary's Lounge on the West Side, where Larry sang and drummed at a gig featuring Taildragger and Eddie Taylor Sr. (photo shows Larry and his dad with Dave Waldman on bass.) Thanks to the two Jefferson Magazine reporters for the book, which you can order HERE